Want to work harder in the gym? Make it competitive

On Saturday, MyZone was mentioned in the national broadsheet newspaper’s ‘Body and Mind’ feature. After working with “a number of national gym chains”, Myzone’s function is briefly explained as it says it “tracks user heart rate and can show how much effort each person is putting in, meaning any class – from aerobics to Zumba – can become competitive”.

The Telegraph is a British broadsheet newspaper, generally accounted with The Times and The Guardian, as one of Britain’s “big three” quality newspapers. The newspaper has consistently combined a high standard of reporting with the selection of interesting feature articles and editorial presentation. It takes a conservative, middle-class approach to comprehensive news coverage.

Fitness: Your own competition 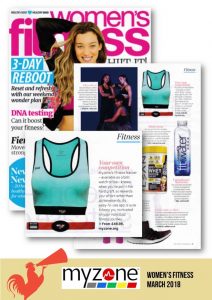