MYZONE heart rate monitors are used all around the world. The MZ-3 is recording the effort of thousands of users as they participate in club sports, triathlons, gardening, chasing kids around the house, or working up a sweat in the gym. The MZ-3 stays close to your heart as you push your mind and body toward a healthier future, and sometimes during moments of complete pulse-racing surprise. MYZONE received the following email from user, Gilberto Soberanis. In the email, Gilberto discusses how MYZONE's MZ-3 was close to heart when his life changed forever. 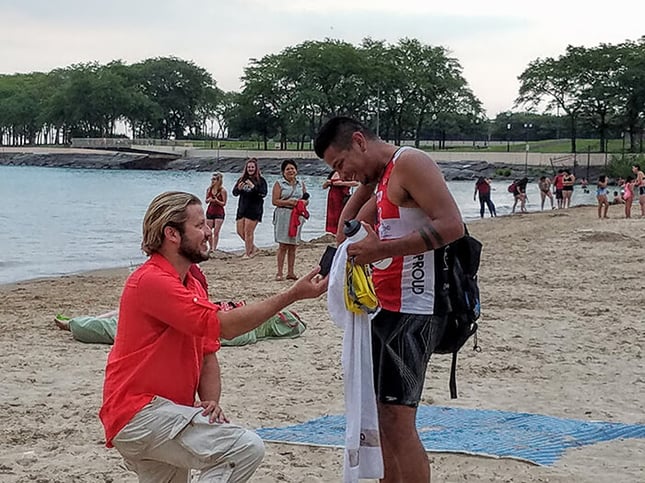 On Tuesday, August 9th, the Chicago Triathlon hosted an aquathon (mile swim and 5k). I usually train with my MYZONE device to capture my effort during my swim/run. Once I finished the event, around 7:25pm, my boyfriend was waiting for me at the end of the finish line, at the beach, waiting to propose. He dropped to one knee in front of all the swimmers, friends and family members and proposed marriage to me. 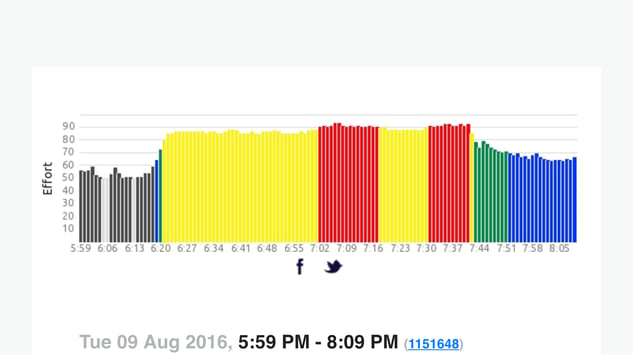 My heart rate went from yellow to red the whole time he was talking. I know this as I forgot to unclip my device until much later.

My heart was pounding so fast, mostly because of happiness and complete disbelief of what was happening.

We love to hear unique stories from users like you. Do you have a MYZONE story that you would like to share with others in the MYZONE community? We would love to hear your story! Share with us on social media using #myzonemoves and #effortrewarded and we might feature your story next!