What does it take to break a Guinness World Record? Equipped with full firefighter gear and MZ-Switch heart rate monitor, former soldier and operational fireman Charlie Thompson is raising money and awareness for two incredible causes. 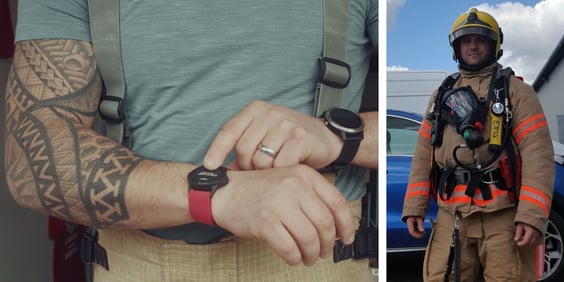 Sponsor Charlie on his firefightere charity World Record journey through his JustGiving page, then read on as we ask him to tell us all about it.

How far are you walking in your firefighter equipment to break the record?

“I'm feeling good. I mean, I'm doing half marathon to marathon distance now and have no problems whatsoever. I don't feel fatigued when I finish and my feet are fine. I've gone through the blister stage.”

What made you want to break the World Record?

“The reason why I'm doing it… There are two main factors. First is The Fire Fighters Charity. With being in the emergency services, it’s getting vastly cut all the time. And, you know, there's not, there's not a lot of support when it comes to sort of mental health after seeing or being on certain incidents.

“The Fire Fighters Charity does provide that; not just for the actual colleagues, but for the families involved with as well. It's not just the person on the scene that's suffering, it's everybody around that person because it branches out with mental illness.

“So that's the charity side of things. Then I'm also doing it in memory of Henry Jennings, a very close family friend. I met Henry in 2014. Straightaway we clicked. I'd say about one o'clock, New Year's Day, 2021, he was knocked over and killed in a hit and run in Australia.

“It's in memory of him; like an homage to him, because he was the type of friend that if you mentioned you were going to go and do something, he'd be straight there with you, no matter what it was or how daft it was. He’d be by my side.”

How are you using the MZ-Switch heart rate monitor?

“I'm constantly always using the Myzone kit anyway. I've gone from the original MZ-3 belt to the MZ-Switch, and that's gone great. It's a bit more comfortable to use the Switch because I can wear it on my wrist. When I’ve got my firefighter equipment on, I can sort of feel the chest belt. So yeah, it’s been brilliant to wear it on my wrist."

How much difference does the weight of the kit make to your heart rate?

“As soon as I hit any incline, my heart rate goes straight up into the into the yellow. Sometimes it does trickle into the red for a little bit. I've got the vest, the jacket, the second layer jacket – so there are two jackets, I'm essentially wearing – and I'm wearing a flasher to go underneath and then over it. On top of that I've got the 22-kilo breathing apparatus strapped on my back. Altogether it’s about 30 kilos in weight.”

When do you fit training in around work?

“I work around my schedule. I tend to do more longer periods of training, walking wise, on my days off, and I'll probably do shorter walks maybe on the night shifts or during the day.

“I'll maybe get three or four hours of a walking in during the day. Then I'll have the rest of that day, up until the start of my shift at 7pm, to rest and just pray that I don't get a really long, big job. Which has actually happened in the past.” “I was on that job all the way up until about 9.15am, and then I was awake all during the day. I think I took about two hours sleep at home.

“I'm trying to weigh it out and see what the day previous was like or the night previous. If I’m completely knackered it’s pointless me doing any walking, because I won't get a true sense of how I'm going to feel because I know I'm already completely fatigued from the night before. I'll use that as rest period or I'll just do like a light training session in the gym or something a half an hour.”

Yeah! My wife Francesca co-owns PT4U Training with Martin Neville and Geoff Shaw. We use that and she puts these disgusting workouts together and tries to kill me off. I don't know. Maybe she wants to get close to my pension. But we'll see. Go with the flow.”

For more information or if you’d like to sponsor Charlie visit his JustGiving page.

Celebrate 12 Ways of Fitness in the Myzone December challenge 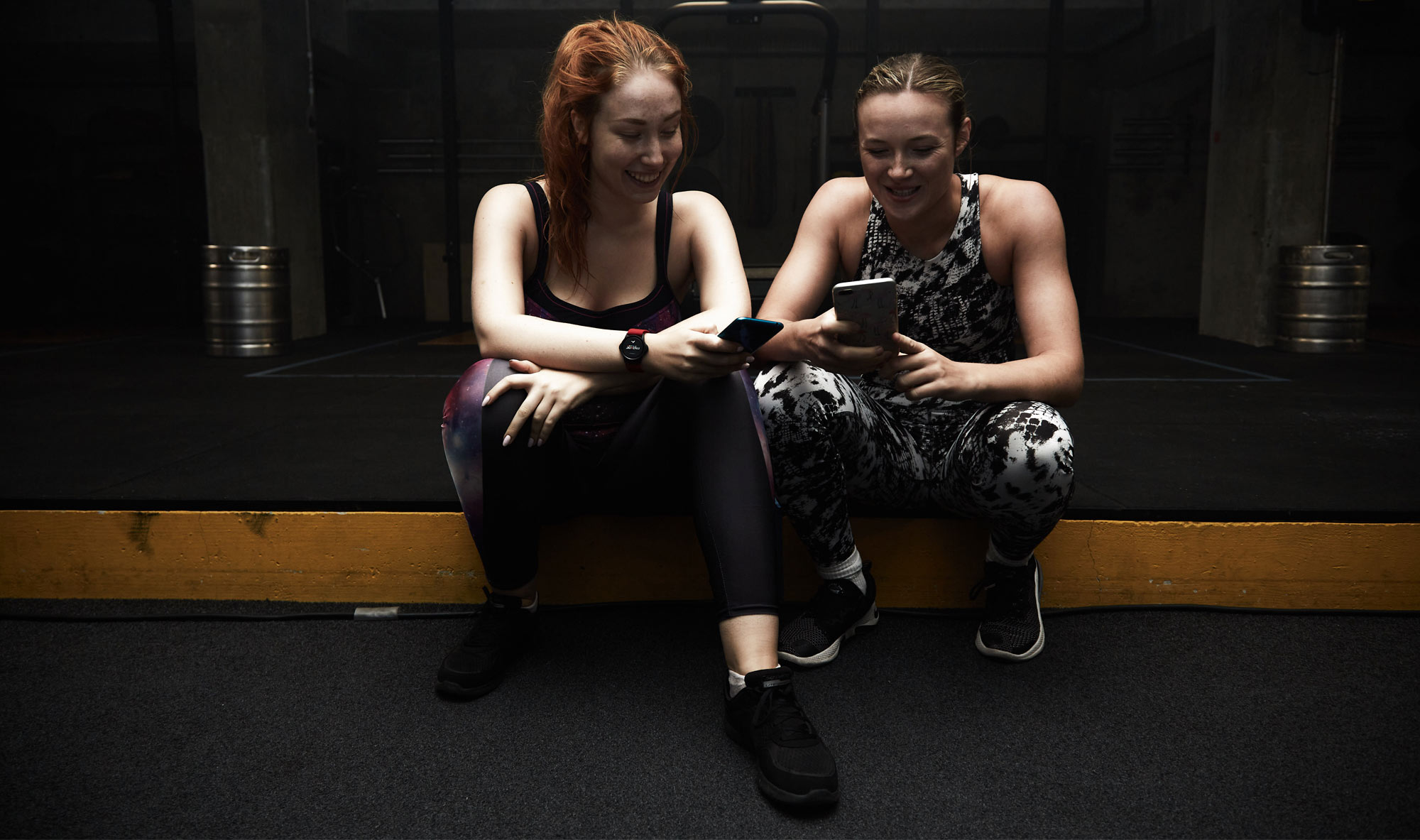 Celebrate 12 Ways of Fitness in the Myzone December challenge